Carving out a new career!

Wayne was battling alcohol and mental health issues as well as homelessness when he arrived at our Newbury hostel.

He was determined to face his demons and turn his life around.  We supported him to embark on and complete a carpentry course with Newbury College. He had found his calling and began volunteering at Newbury’s community furniture project. He’s now a regular there each week and has been involved with major projects including building new offices and a bike workshop.

We supported Wayne to gain more qualifications including maths and literacy, to boost his confidence and skills and he’s now looking forward to a promising career as a joiner.

Wayne’s determination and his remarkable achievements were honoured at the West Berkshire Learner Achievement Awards. 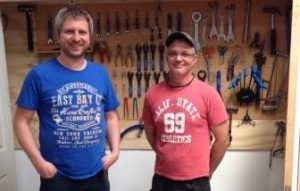